I know it’s been a little while since my last ‘purchases’ post. It’s not through a lack of purchases, more a lack of time!

The people that know me, know I take A LOT of photos. I started this to try and help me deal with my horrendously bad memory, but also handily gives me a good reference point for all of my purchases (as they’re photo’d usually as I open deliveries). I’ll go with the order that I purchased things (as it took me a while to collect some things!).

So May started out good with some nice purchases from a fellow collector and restorer, Al Jones. After restoring the number of Nintendo cabs he has, he’s amassed lots of ‘spares’. I did him a favour and took some of them off his hands. The included:

I collected all of this from Al late in July, so it still technically counts in this post!

Next on the list was another Donkey Kong upright. I found this being sold in the UK for a good price (considering what import costs are from the US!) and snapped it up. I’ll be starting up with my restorations soon (back end of ’18 – start of ’19) so thought it might be an idea to do a few alongside each other to save time and material costs. 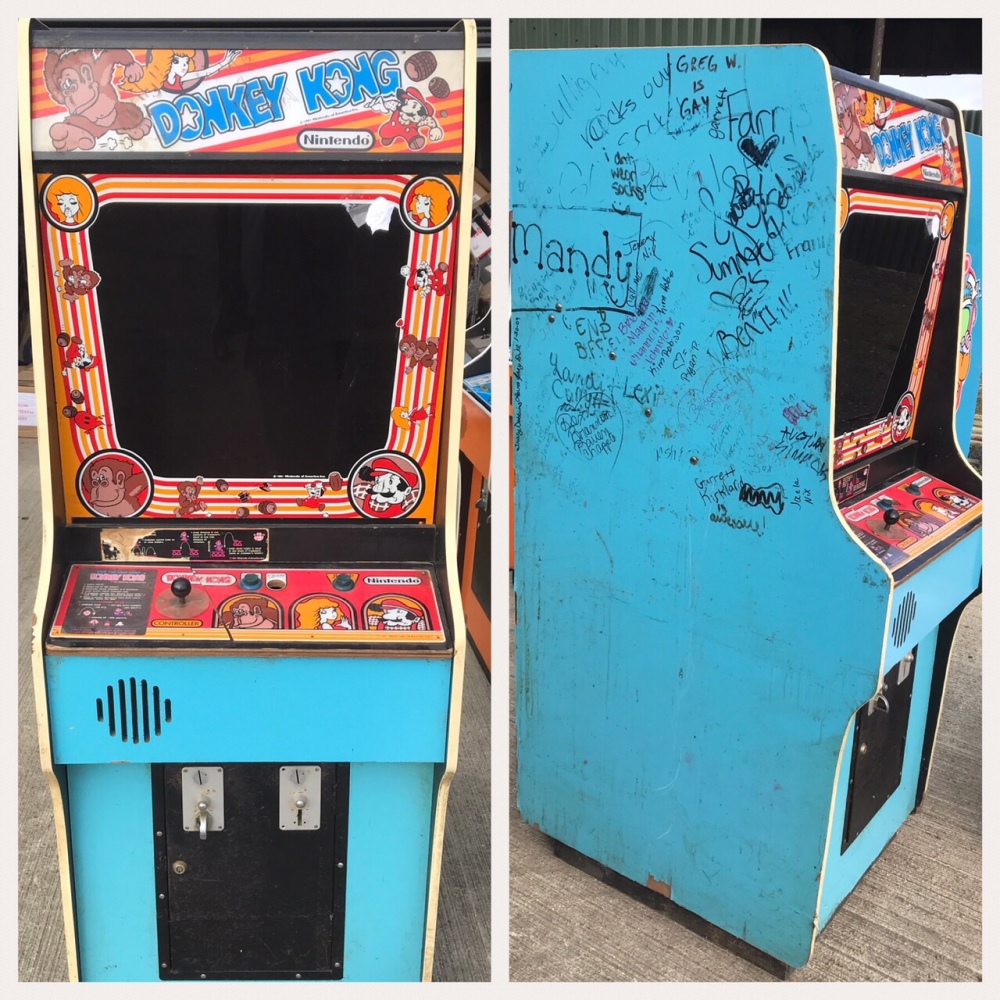 In the middle of May came a large box from the US. I’d contacted a few collectors and arranged a group buy of True-Flat T-molding from ChompingQuarters.com, 400ft of the stuff to be exact.

You’ll have seen in some of my other posts that I bought a few PCBs in the last few months, including HeliFire and a Radar Scope board. As May is birthday month, I also received a Mario Bros board for my cocktail project from my dear wife. Once the cocktail arrives from over the pond, I can start assembling this long desired project.

On one of my usual perusals of ebay.com, I stumbled across a seller with a couple of original Nintendo light fixtures. I knew I needed one and a friend of mine was also after one, so a cheeky Best Offer went in and soon enough they arrived at my US parcel forwarder (myus.com). A quick repack and they made their way over the pond ready to be put back where they belong.

I had a quiet spell then (8 days…) before my next purchase, this time from Japan. One of the big hitters on my dream lineup is a Nintendo Sheriff. After playing on Alex C’s (NintendoArcade) at Revival, I knew I needed one. There are very few known upright cabinets so I was looking at building one (re-purposing a HeliFire PCB back to Sheriff), but I needed the controls, crucially the ‘cooker knob’. On one of my many browses of the Japanese auctions, I came across the 8-way ‘cooker knob’ and an original HeliFire 8-way controller. After a frenzied bidding session, both were on their to me from the other side of the world.

A few days later, a full (minus PCB) cocktail kit popped up for Radar Scope on the KLOV forums. For the money I couldn’t say no and agreed a deal with the seller to send the parts to my US parcel forwarder again (myus.com) and a short while later, the kit was with me. It includes everything out of the cocktail minus the PCB and the power supply, I’ve even got the coin counter and speaker (with all associated wiring).

This one is a bit of a cheat, but technically an arcade purchase, was my purchase of the newly released arcade version of Donkey Kong for the Nintendo Switch. This was the first time the original code (including Japanese code) had been re-released by Nintendo since the 80’s! You’ll also notice my themed energy drink… 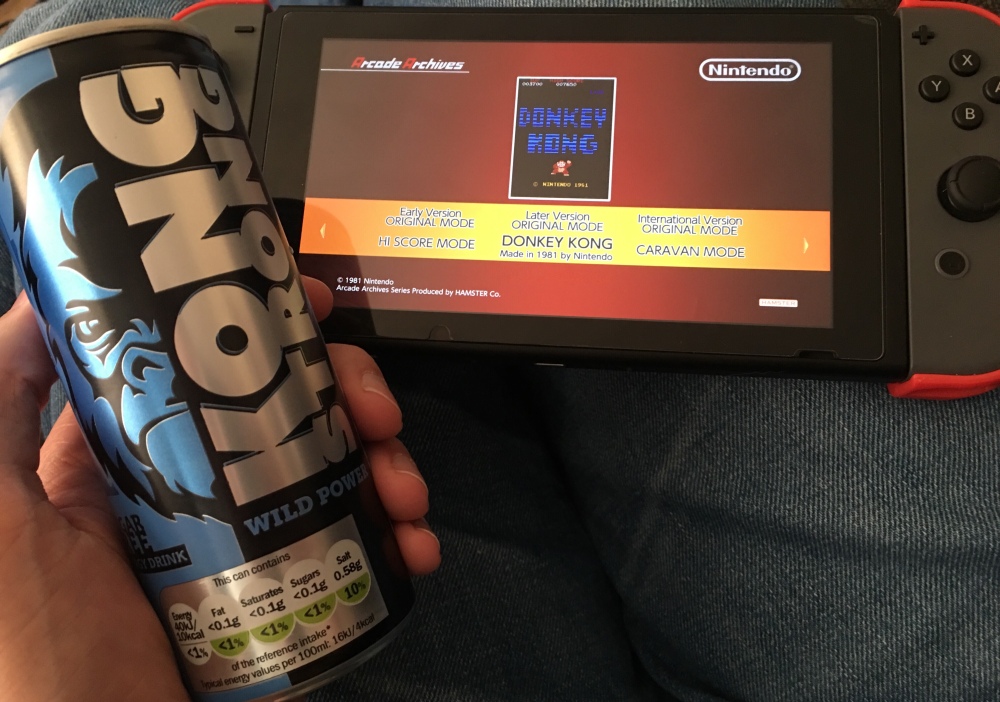 Now there were three purchases left in July, all the same sort of purchase, but I’ve not picked up (or paid for!) the third one yet. All three of these are Nintendo cocktails:

The Space Firebird is the most complete of the three and just needs a ball top for one of the joysticks and a bit of finishing off. The Space Fever Colour is missing the PCB and appears to be running a Lady Bug PCB using a pretty hacked up looking loom. The Sheriff is missing the PCB but aside from that I believe is complete. The Sheriff is going to be a three way deal with me passing on the controls I bought previously to another collector to go with his Sheriff board.

When you write it all out, it looks like A LOT, and to be fair, it is! I think that’s everything, but I’ve no doubt a package will arrive shortly with something I’ve missed!