It only dawned on me over the last couple of days that I hadn’t updated my site in a number on months. I’ll make my excuses now (life, work, Christmas etc.) and get on with it.

I thought it would make sense to round off my purchases for the year (as due to birthdays and Christmas, arcade spending wasn’t high on the list!).

The biggest purchase at the end of 2017 was another addition to my growing collection of Nintendo cocktail cabinets (I seem to have become a little obsessed with these little brown metal cabinets…). This one popped up on eBay with a nice low ‘Buy It Now’ price and relatively local to me, so I snapped it up quick. The game in question in this cocktail was Nintendo’s Space Fever: 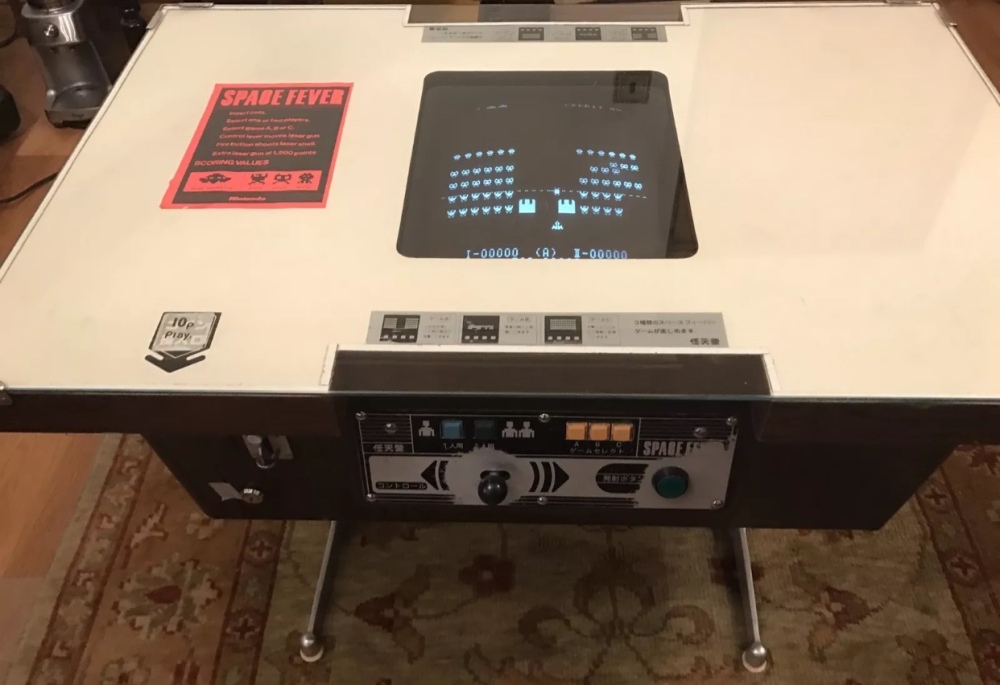 Space Fever was Nintendo’s answer to Space Invaders and one of its first serious ventures in the arcade scene. There were two versions of Space Fever, the earlier ‘Black and White’ and a later ‘Color’ version and the one I’d just bought was the early ‘Black and White’ version and from a quick inspection was a Japanese model that had been imported to the UK. Notibly, everything text wise on the cabinet was in Japanese and a step-down transformer had been fitted internally: 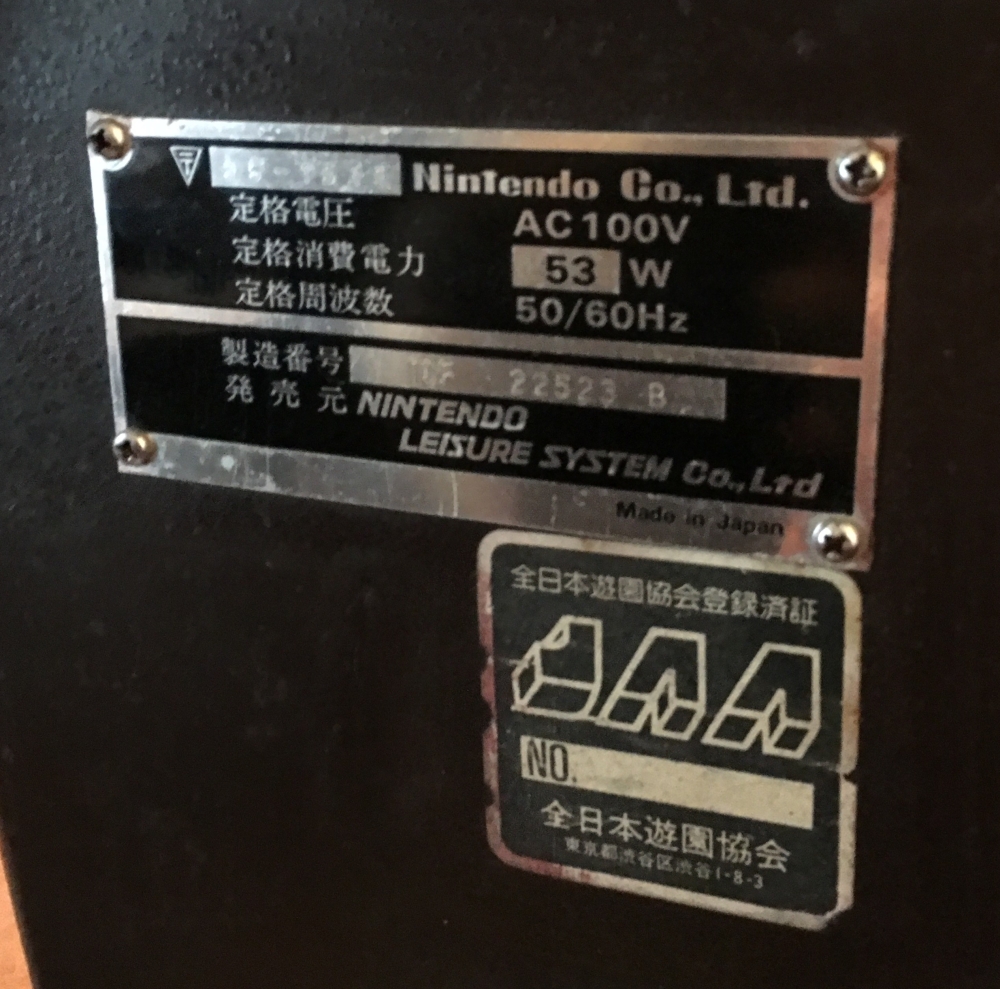 I won’t fill this post with masses of pictures of this cocktail as I’ll save that for the restoration, but I’m really happy with this purchase as it was complete (including the original coin box) and technically working (a small glitch means that the laser shots from the ship you control appear a couple of inches to the right of the ship itself).

Not really a purchase, but I thought a notable mention. I visited ArcadeClub in October for the UK reveal of Nintendo’s Sky Skipper:

This is a game that was almost lost in history, but has been lovingly brought back to life by a small group of dedicated fans. If you’re unfamiliar with Sky Skipper get yourself over to the project website (skyskipperproject.com) and check it out!

A small purchase was a set of cables I was missing from my early Donkey Kong four-stack boardset. These were the cables that connected the separate sound board to the main CPU board: 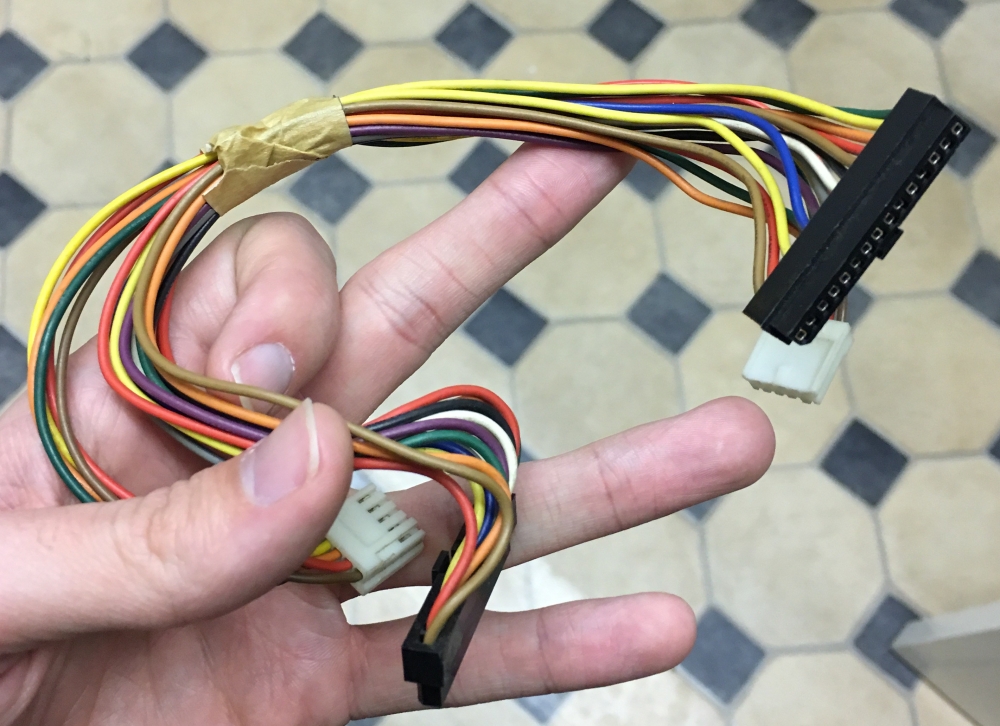 Not a very exciting purchase from the outset, but an important part to get my early boardset up and running.

The final purchase of 2017 was a replacement art set for the HeliFire cocktail I picked up earlier in the year. Another collector and amazing artwork restorer (muddymusic) on the UKVac forums was also restoring a HeliFire and had vectored and reproduced the top artwork. I ordered the set from his site (arcadeartshop.com) and once they’d arrived laid them out of a quick comparison: 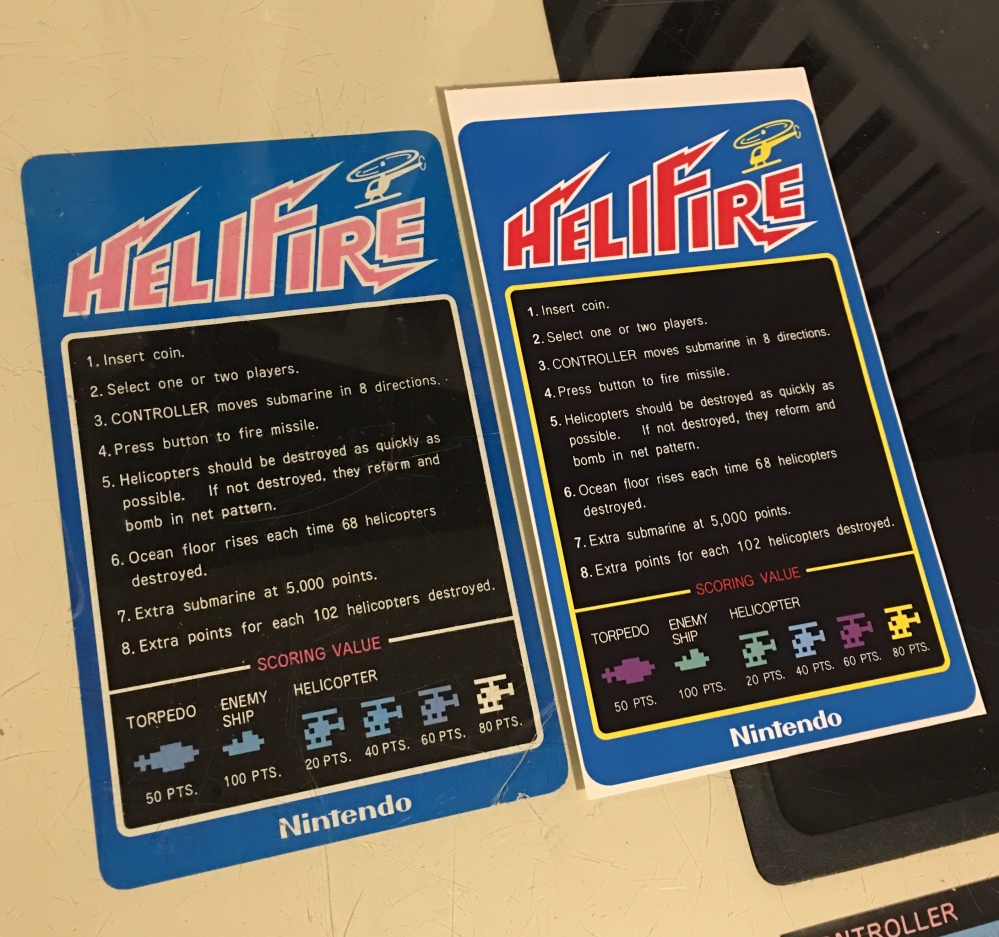 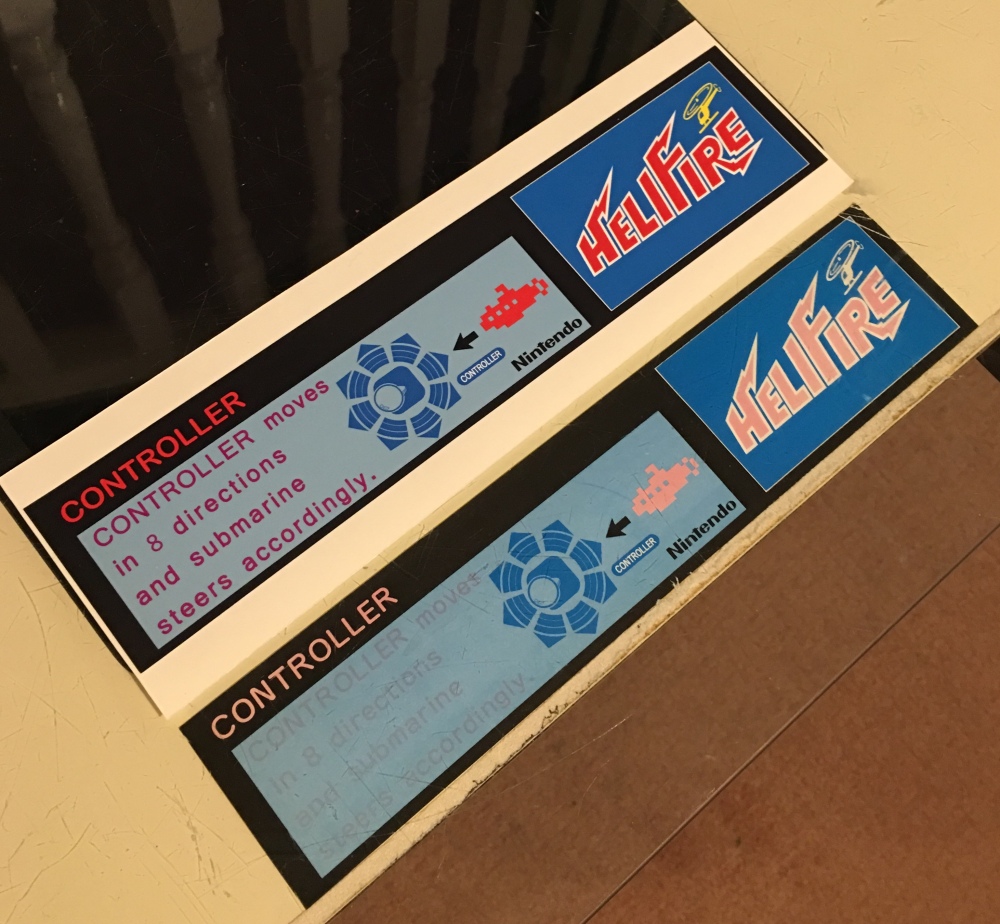 As always with Olly’s work (he produced the Mario Bros cocktail conversion artwork for me as well) it’s superb and a great match, both design and colour. Once I get the HeliFire board back I will start to build this cabinet back up and put this new artwork in its rightful place.

So that’s pretty much it for rounding up 2017. I completed one restoration and added two more to the list! My aim during 2018 is to get a few more restorations completed (and started!) and hopefully get some well earned gaming time in.