So before I start with the full strip down of the cocktail, I thought I’d better fire her up and see what we’re dealing with PCB wise as it was sold with “glitches”…

I plugged her in, switched on the power and waited. These old monitors do take some warming up and eventually the screen warmed into life. All appeared well and the game coined up and let me select a game (A, B or C). Excitedly, I started mashing the fire button (the horrible green one!) and moving the joystick left and right, that’s when the “glitch” became apparent. Oddly, when the ship is on the right hand side of the screen, all is well. As soon as I move the ship to the left hand side of the screen, the shots fired are offset to the right, by quite a bit! 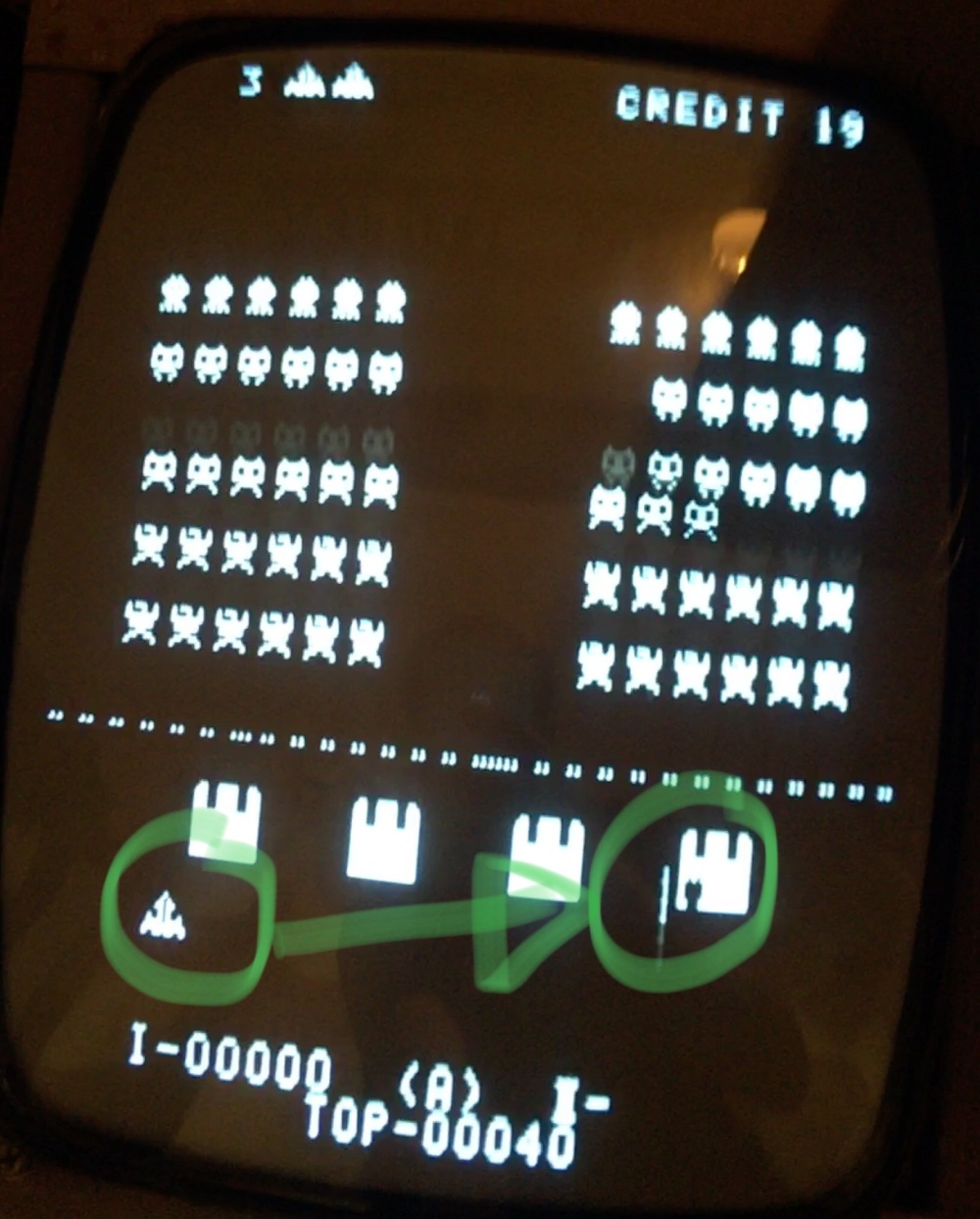 I’ve circled in the picture above the problem. You can see the ship to the far left and the laser shot is almost the opposite side of the screen. As the game continues, it appears there are further issues as the enemies I’m sure come down too far. 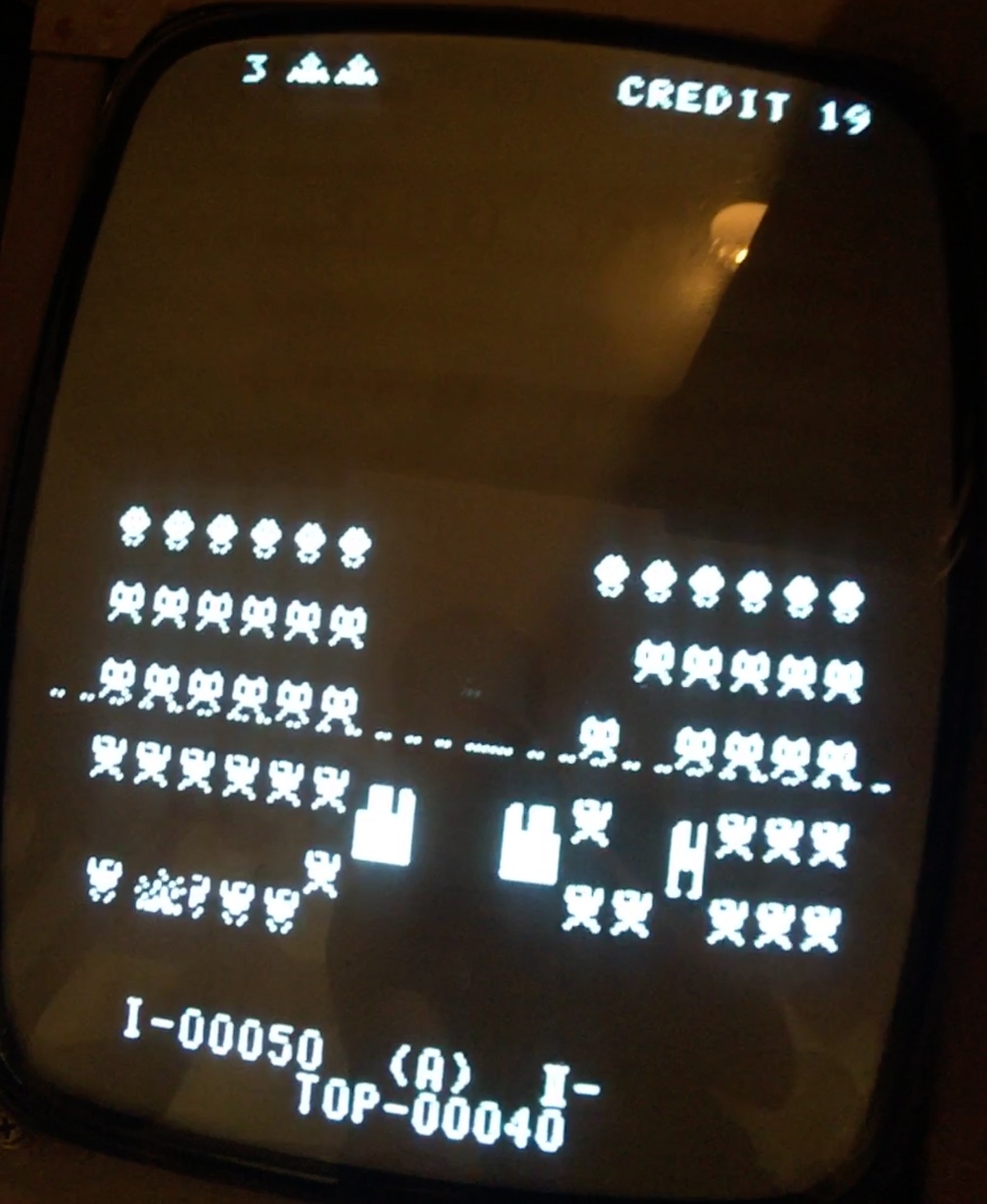 I think the first plan of action with this is to get my multimeter on the power supply as these old Nintendo power supplies are prone to failure (the same way my HeliFire power supply has gone I believe!). As I’ve currently ‘misplaced’ my multimeter, I’m going to turn my focus to back to the control panel.

As I discovered when I took the control panels off, they had been badly butchered by an Op at some point and we’d lost the original fire buttons and all of the mountings for them. I reached out to the arcade community to see if anyone had any spares. A message came through from none other than the famous ArcadeBlogger, Tony Temple (arcadeblogger.com). I’d followed Tony’s Space Fever restoration on his blog and I’m using it as a reference point for mine. Tony had a spare harness and buttons for the player one control panel and agreed to let me have it for the cost of postage and a beer token! I Paypal’d Tony the postage money and two days later my parcel arrived! This package contained two very important pieces for my restoration. The fire button bracket:

The other important piece was the main button PCB board from the control panel. When I took my panel off, I discovered some questionable wiring, but now I have a tidy replacement: 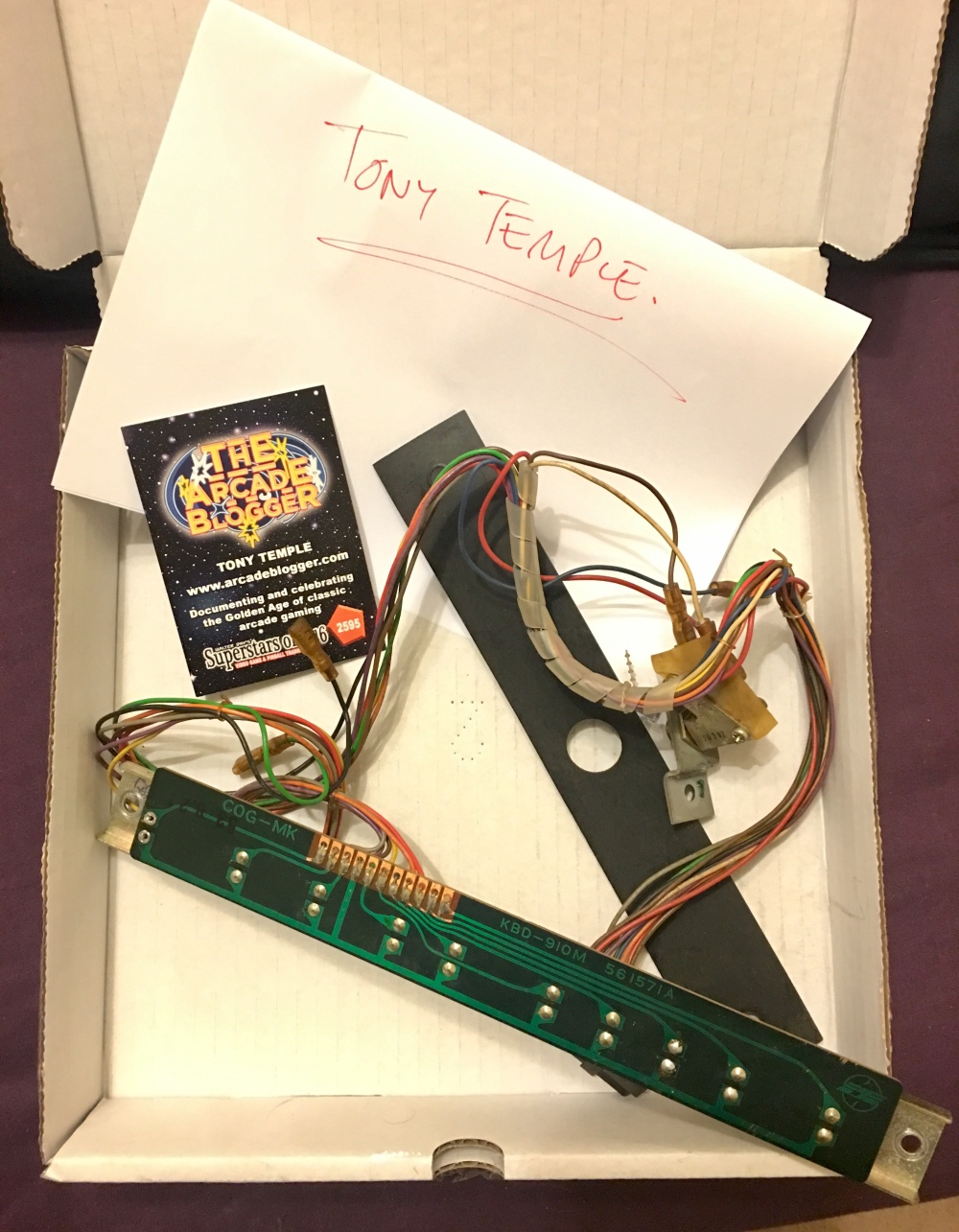 The final piece of the puzzle is the actual fire button itself. Now anyone that has restored one of the original Nintendo cocktails know how difficult the actual buttons are to find, especially the red buttons. I know someone has made some reproduction ones in the past, but unfortunately has no plans to make anymore anytime soon.

Now I’m sure I’m not alone in the arcade community when I admit that I’ve made purchases and completely forgotten about them. Now a few months ago I bought some spare cocktail control panels from eBay as I knew that spare parts are always worthwhile. These control panels I believe were Space Firebird that some bought to convert to Donkey Kong. Something obviously happened and the project didn’t happen. The lot I bought had a number of spares:

As you can see in the first picture, we have buttons, more importantly we have a red button. Now it’s only one, but that means we’re halfway there! One avenue I’m looking at is painting one of the green buttons red with a good quality spray paint (as the paint will need to be tough!). I’m technically also missing the button bracket for the second control panel, but I don’t think it will be too much work to fabricate one using the one I have as a template.

The last little step I took was to pull the main board and try and reseat the CPU and ROMS to see if it would help the “glitch”. 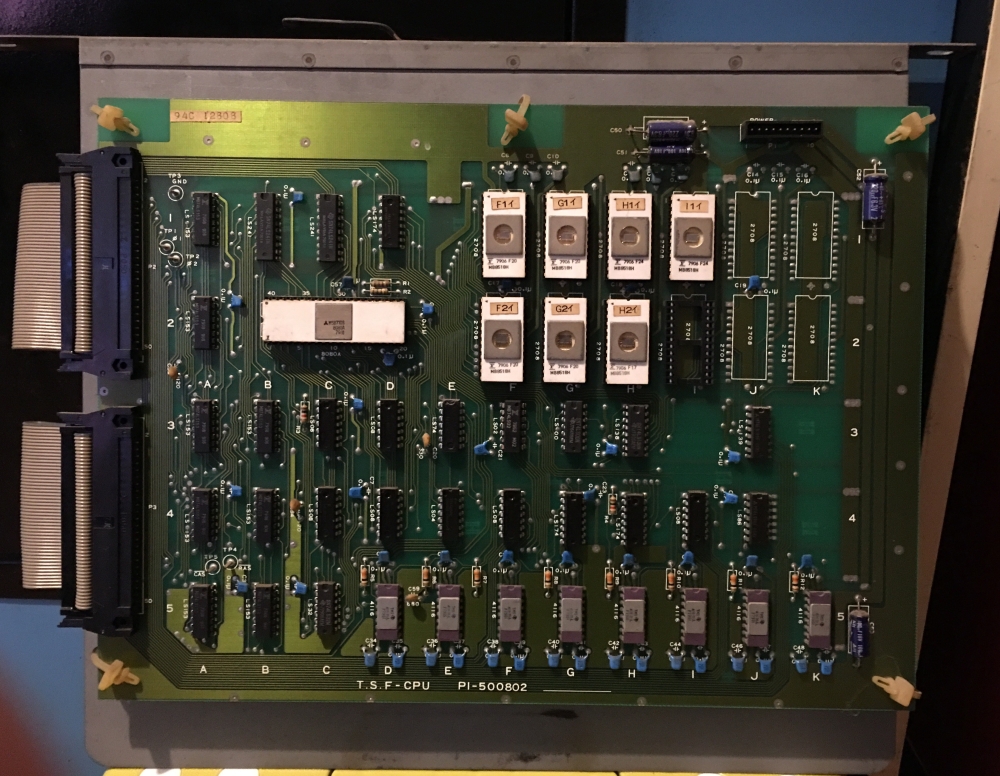 Unfortunately, no change once plugged back into the cocktail, but you’ve got to try as some times the easiest solution is the right one.

One interesting piece of information I received while researching the issues with the board, was that a simple ROM swap can turn Space Fever into Space Launcher or Hi-Splitter, so I think another cocktail will be on the cards if I can find one…