Now that I had a relatively empty arcade, I began readying all the parts for the “de-conversion”.

Working my way through the .vs Unisystem manual, I knew that the majority of the original wiring loom would be in the cabinet, as the conversion kit is supplied with “bolt-on” cables that take the original connectors in one end and present the new connectors on the other. Removing these “bolt-on”s left me with the original loom parts and connectors to connect to the “new” game board.

As I’d mentioned previously, I had started buying all the parts to build a Donkey Kong arcade using as many original parts as possible and a reproduction cabinet. One of the purchases was a full Donkey Kong loom:

Now whilst I didn’t need most of this due to buying an original Nintendo arcade, some parts did come in useful later on…

I’d purchased during the previous year a few boards to give me some options. As is pretty much always the way with this hobby, these boards all came from the US. The first board that I bought was a 2 board Donkey Kong TKG4: 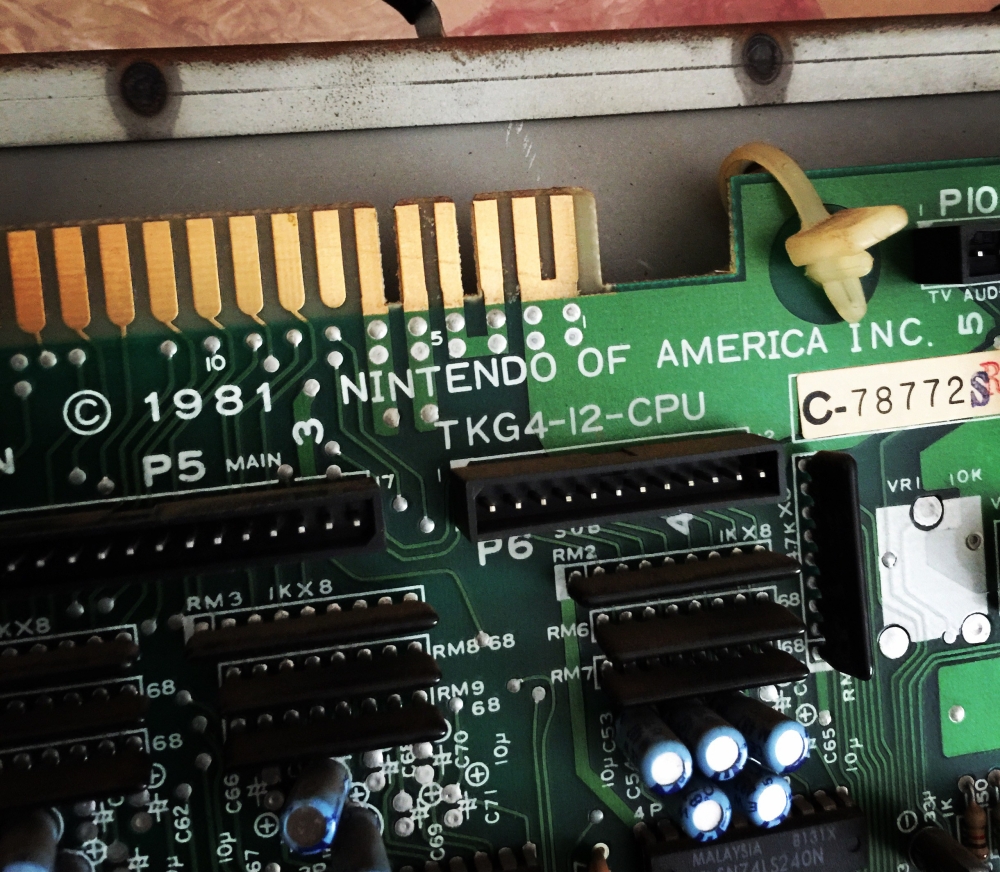 This board was in lovely condition, with no “fixes” or mods and would be the perfect choice for my new Donkey Kong arcade, but there was one small problem. On my many visits to ArcadeClub I had chalked up many hours on the Donkey Kong arcade there. Now when I first played, the Donkey Kong arcade was playing Donkey Kong Junior. This was due to the Donkey Kong board being off for repair after deciding it had had enough and throwing numerous errors. When I spoke to Andy about it, he had mentioned that he was thinking about putting a Double Donkey Kong (DDK) board in the cabinet he had. Andy explained that a DDK board allowed both Donkey Kong and Donkey Kong Jr to be played on the arcade by simply pressing the 1p and 2p buttons together. This rebooted the board and started up the next game. This was the ideal solution for someone who wanted to play multiple games, but only had one cabinet.

So, my order went into MikesArcade.com for a Double Donkey Kong board. The brilliant guys there will mod a board for you or have some pre-done that you can buy. As it was coming from the US, it was cheaper to buy a pre-done board and have it shipped to the UK, so that’s what I did. This was ordered prior to the arcades landing from the US, so was ready to go in when the cabinets arrived.

So in this board went, slightly complicated by the fact the DDK boards are technically modified Donkey Kong Junior boards, but luckily they still used the same loom connectors:

With everything connected up, I flicked the power switch and crossed my fingers. As luck would have it, I was met with this: 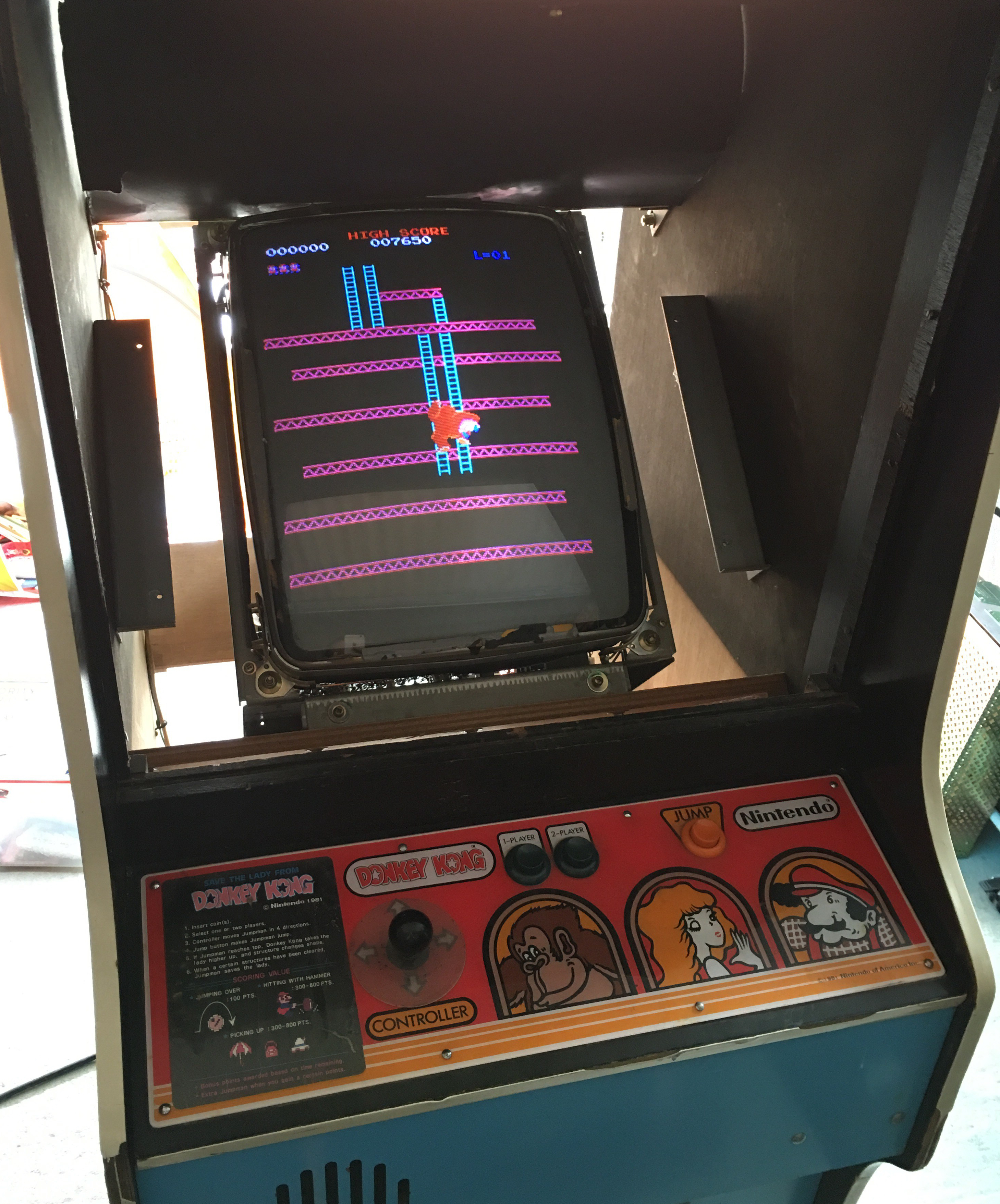 All looked ok, but a couple of issues came up