Well this is what I get for moving house, a long delay in posts (and a reduced purchasing rate…).

So due to my purchase and move into a new house I’ve gotten behind with my updates to this section (and others!). So without further delay, we’ll get into it.

My first purchase in October was a Halloween themed Donkey Kong marquee which coincided with a Spooky ROM revision of the game: 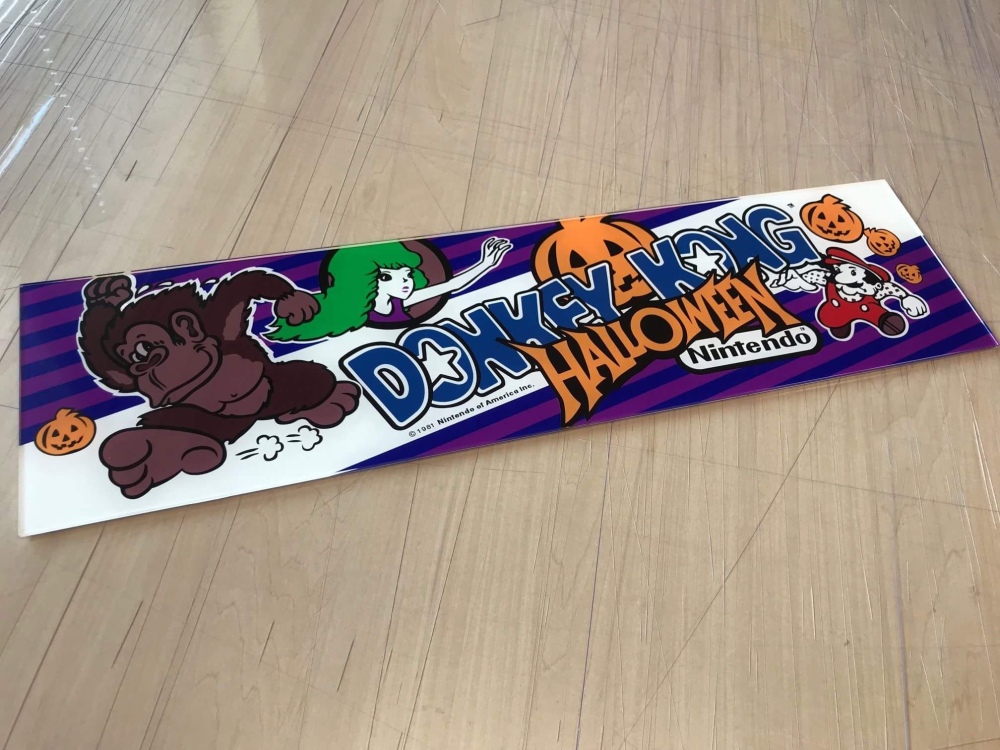 A great colour combination and will go nicely with all of my Kong Off marquees (I really need to find a good way to display all of these).

Next was a much bigger purchase, of the cocktail variety. To add to my growing collection of Nintendo cocktails, I added a dedicated RadarScope cocktail that appeared in the US. It’s currently sat in Maryland awaiting loading onto a container, so all I have picture wise at the moment are the shots I was sent: 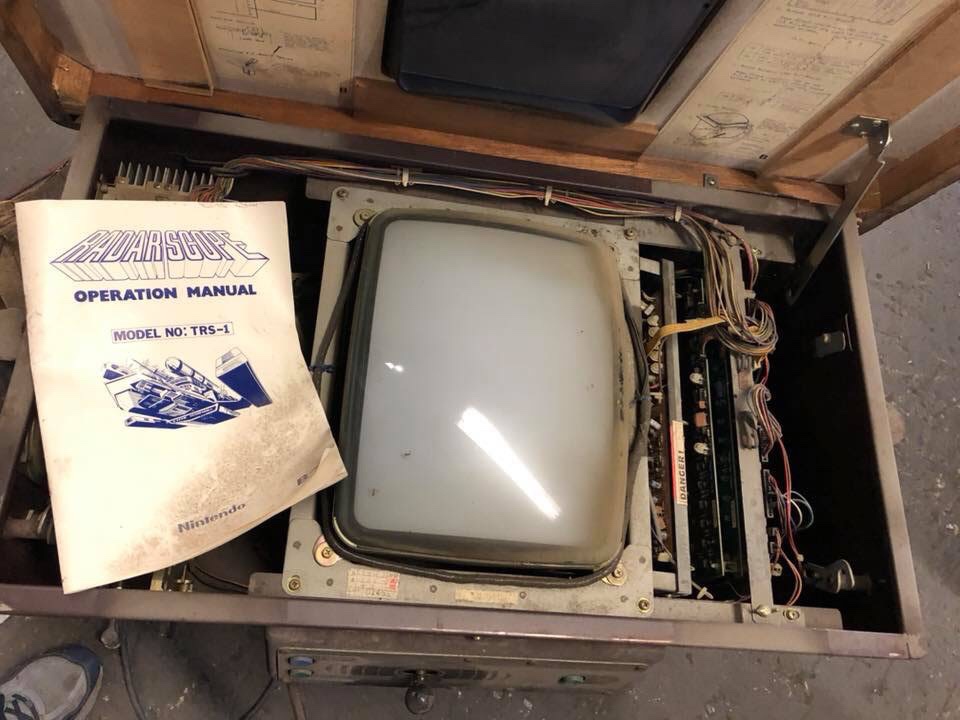 It was advertised as not working, but the monitor lights up. I have a partially working (still need to finish!) RadarScope boardset that I can use to test/diagnose this cabinet. Hopefully it will ship soon to join its fellow tubs!

Another smallish purchase was a DK3 cocktail kit that another collector had removed from a RadarScope cocktail (just like buses!). The kit came with the boardset, instruction cards and sheet and the very rare DK3 cocktail serial tag:

This is currently stuck inside of a fellow collectors cab awaiting delivery, but should hopefully be with me soon!

I also made a couple of purchases to aid in the restoration of my current projects. One was a large box of spares of all varieties: 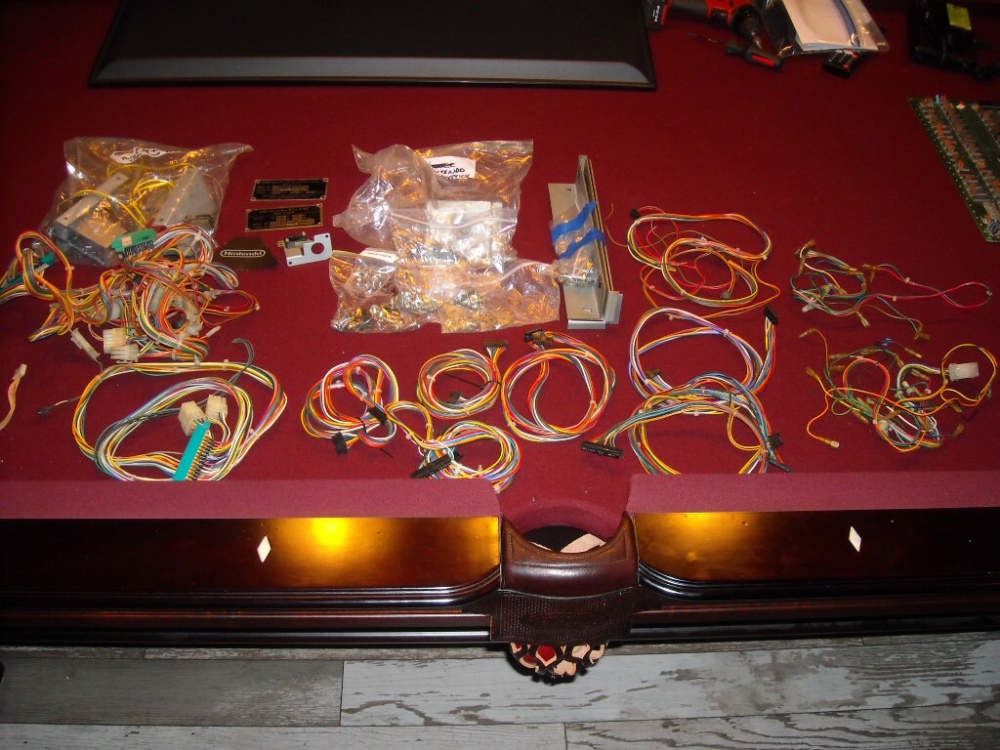 And the other was a manual to go with my newly acquired Space Firebird cocktail: 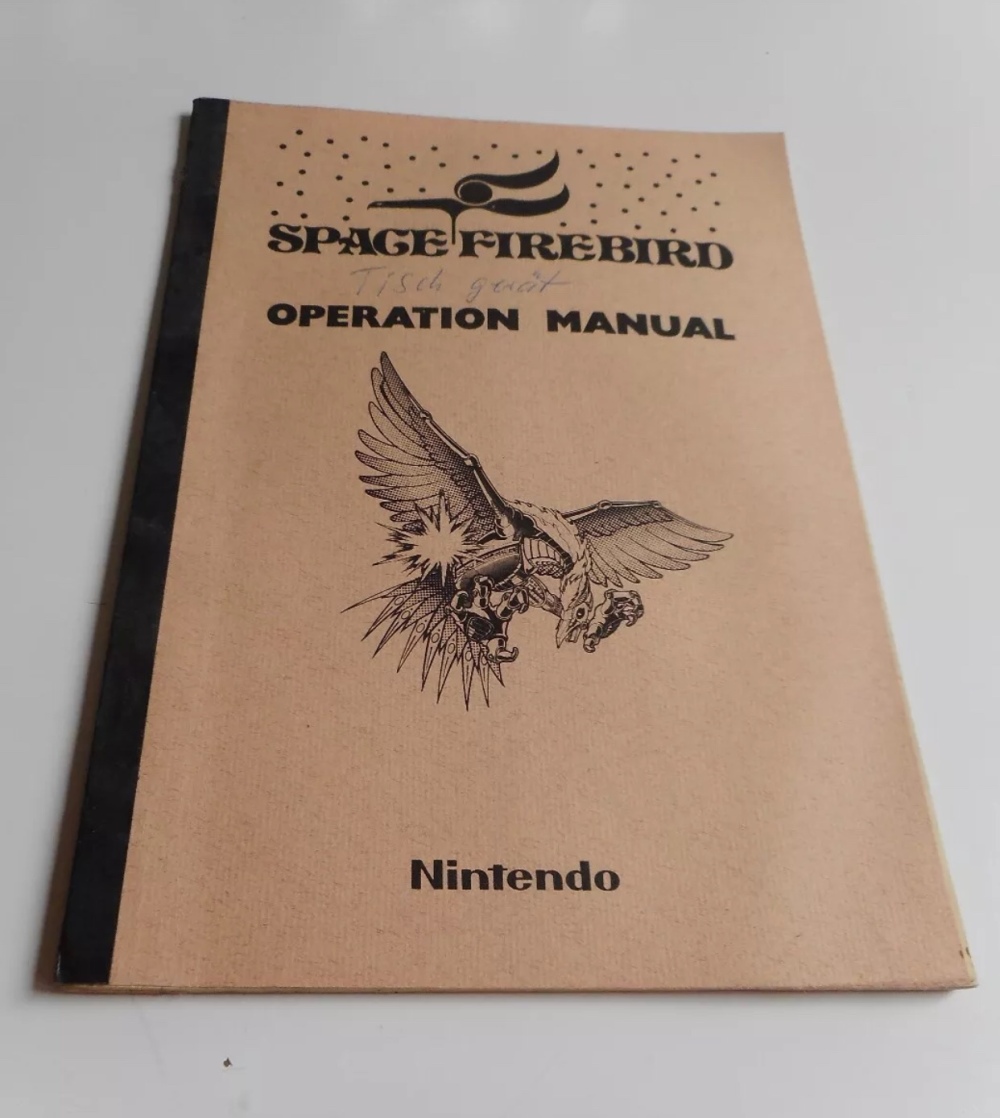 This brought me to about mid-November, by which time the house purchase and move was in full swing. Understandably, all efforts (and cash!) went in this direction and continued for a good couple of months. The house move was a big step towards finally getting some of my arcades out of storage and starting the restoration work again (as can be seen with my latest Sheriff update).

Fast forward to the end of February and things went mad on the purchases front! I bought a couple of power supply parts on eBay US and assembled (and cleaned) into a complete power supply setup for an upright Nintendo: 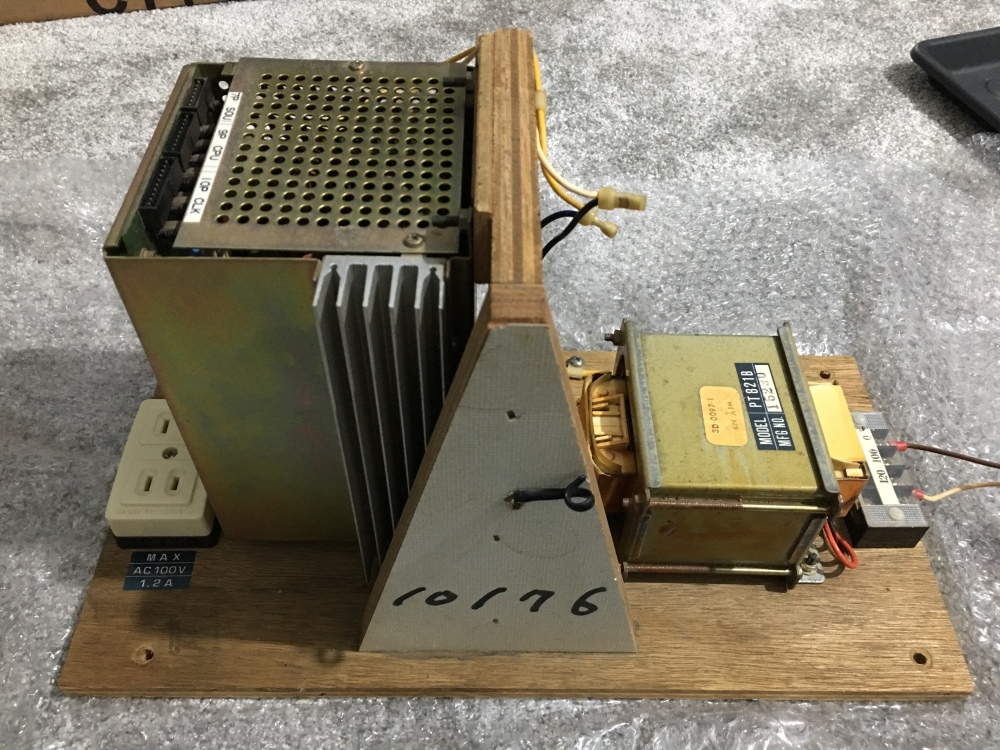 I’d also been in talks with a fellow collector about buying a working Sheriff boardset for my cocktail project cab. Due to the rarity of the game, discussions went on and then an opportunity arose that I couldn’t pass up. The same collector decided to sell his dedicated Nintendo Space Launcher cocktail. We came to an agreement on price for both (plus a spare Space Launcher boardset) and I made my way down South (with fellow collector and road trip buddy, Paul) to collect my final purchases for this post.

The Space Launcher cocktail has been fully restored (including shot blasting and powder coating) and looked gorgeous! Apologies for the terrible pictures, I got back late this evening: 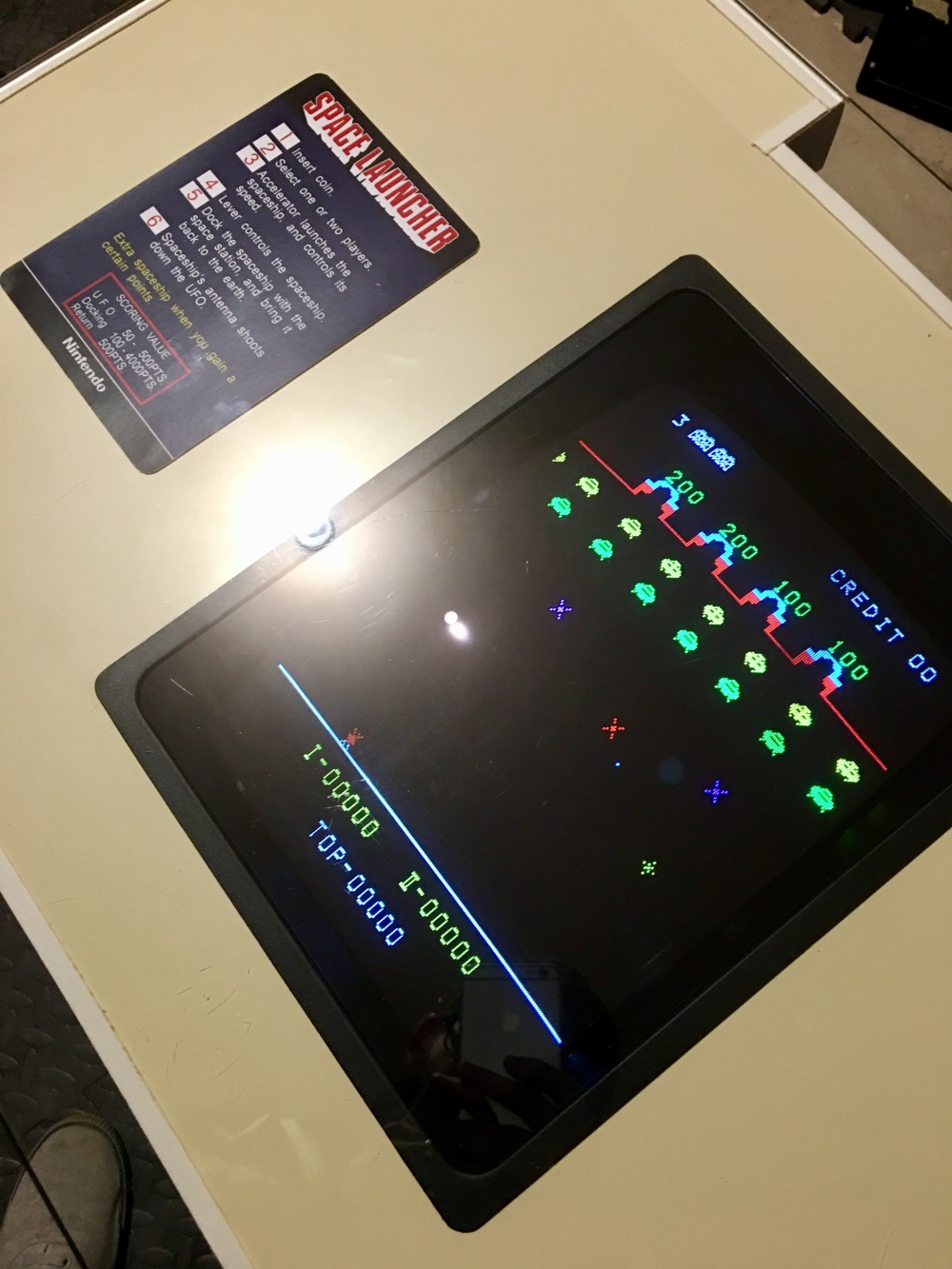 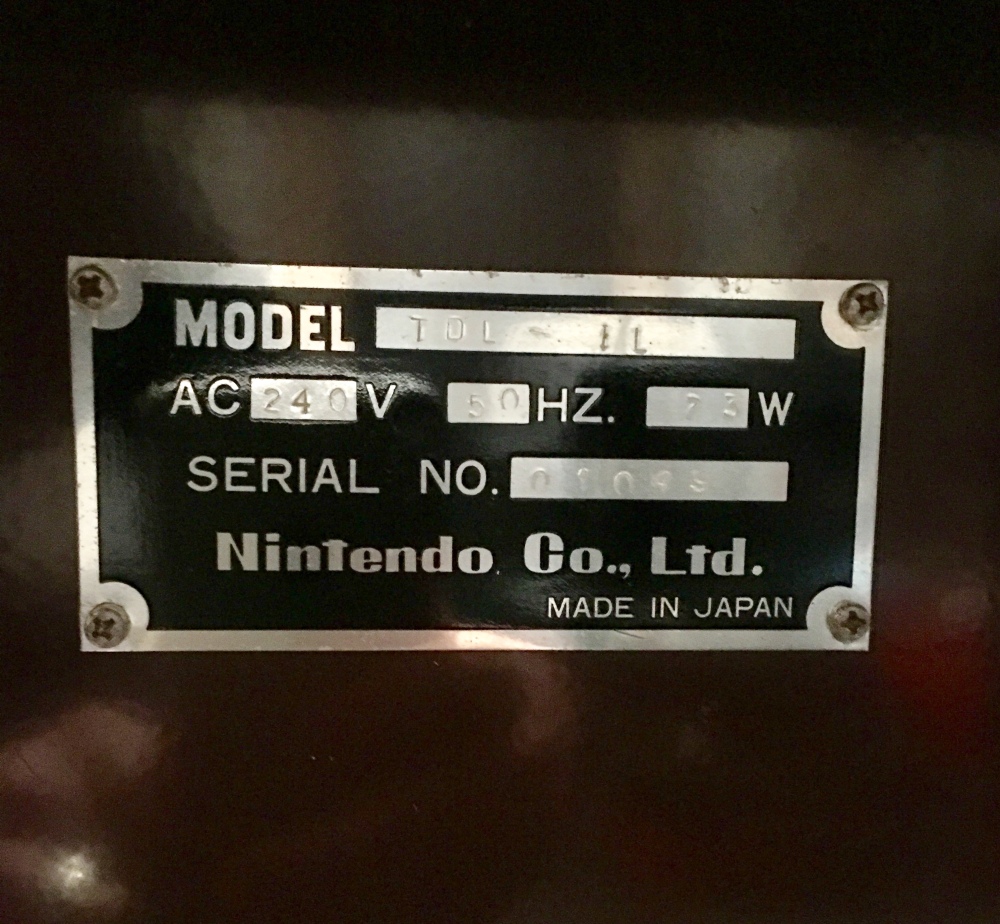 Alex kindly also sent me away with a couple of boxes of spare parts to help with my restorations!

So that’s me pretty much up to date. I normally try and end on an excited, high note, but I should really mention the Popeye cocktail.

I bought the Popeye cocktail back in May 2017 from a dealer in the US. The cocktail was sold as “complete, but untested”, but I wasn’t too worried as most things (it not all things) can be fixed. So after 19 months of waiting, the cocktail finally hit the UK shores and made its way to my house. I knew something wasn’t right as I lifted it into my garage, it was too light. I dug out my Takigen keys and unlocked the two locks holding the lid shut. As I lifted the lid, my heart sank:

Now I fully appreciate the dangers of buying blind (especially from overseas), but I wasn’t expecting this. I’ve since been in touch with the dealer who has assured me they will fix this and send me a monitor and game board to complete the cocktail. In the meantime, this project will have to sit now as finding the monitors for these is no easy task (18″ monitors only found in these cocktails and the Nintendo Red Tents).

So not a bad few months for purchases. The Popeye cocktail was a big downer, but the two new cocktails (including the only known Space Launcher cocktail in the world!) definitely make up for it. Hopefully it will be complete soon too!