I seem to be posting nothing but purchases at the moment (I’m aiming to get back to restorations very shortly), but it seems things tend to all pop up at once.

Very shortly after my last post, a cab I’ve lusted after for a while came up via our friendly American supplier, Ken.

A Nintendo Red Tent is a long awaited addition to the collection. I imported two .Vs Unisystems back in 2016 and loved some of the games that run in them. Unfortunately, I converted both games to Donkey Kong and Donkey Kong 3 leaving me with the Unisystem kits with no home. The Red Tent uses the same boards and games and is easily swappable, so an ideal candidate to run the games.

This one comes with Super Mario Bros and Excitebike and I also have a number of other games to play in it. I look forward to this one landing here in the UK.

Next up were a couple of smaller purchases. Some badly needed artwork for a couple of my cocktail restorations:

Some gorgeous reproductions from arcadeartshop.com for my Sheriff and Space Firebird cocktails.

I also imported a Japanese Space Fever manual from Japan (unsurprisingly!) to go with my cocktail:

Next purchase was a cheap little purchase in preparation for a cabinet I was due to collect:

Golf was one of the games I enjoyed playing on my .Vs Unisystem so the option to add it to another cab was very appealing.

Next was a purchase from a US forum and eBay of some much needed parts for a few of my cocktail restorations: 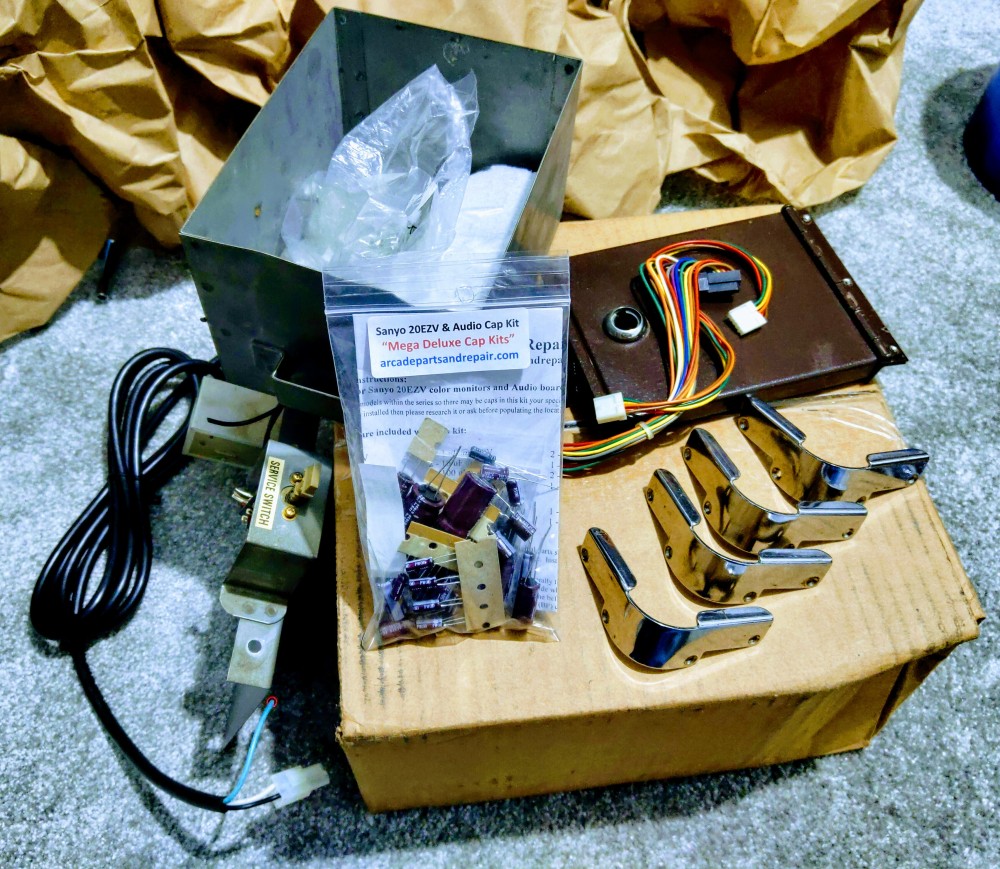 The glass clips and coin box were the major purchase as they are so difficult to source. The other parts were just extras to make the shipping from the US worthwhile.

Last of the smaller purchases was a Donkey Kong 3 PCB. Advertised by a seller in the US as “Working, but with colour issues”. Going by the listing it appears the board runs fine but struggles with blue. A good board I though to start me off teaching myself how to diagnose/repair PCBs.

That about wraps up March. April is where things get really interesting.

A forum purchase required a van hire, picking up my roadtrip buddy Paul and a whole Saturday!

So the trip was 489 miles in total and looked like this:

I picked up the van at 9am Saturday and pulled back onto my drive at 1am Sunday. I loaded the van up with moving blankets and ratchet straps and returned with three arcades. First pickup was a UK Nintendo PlayChoice cab: 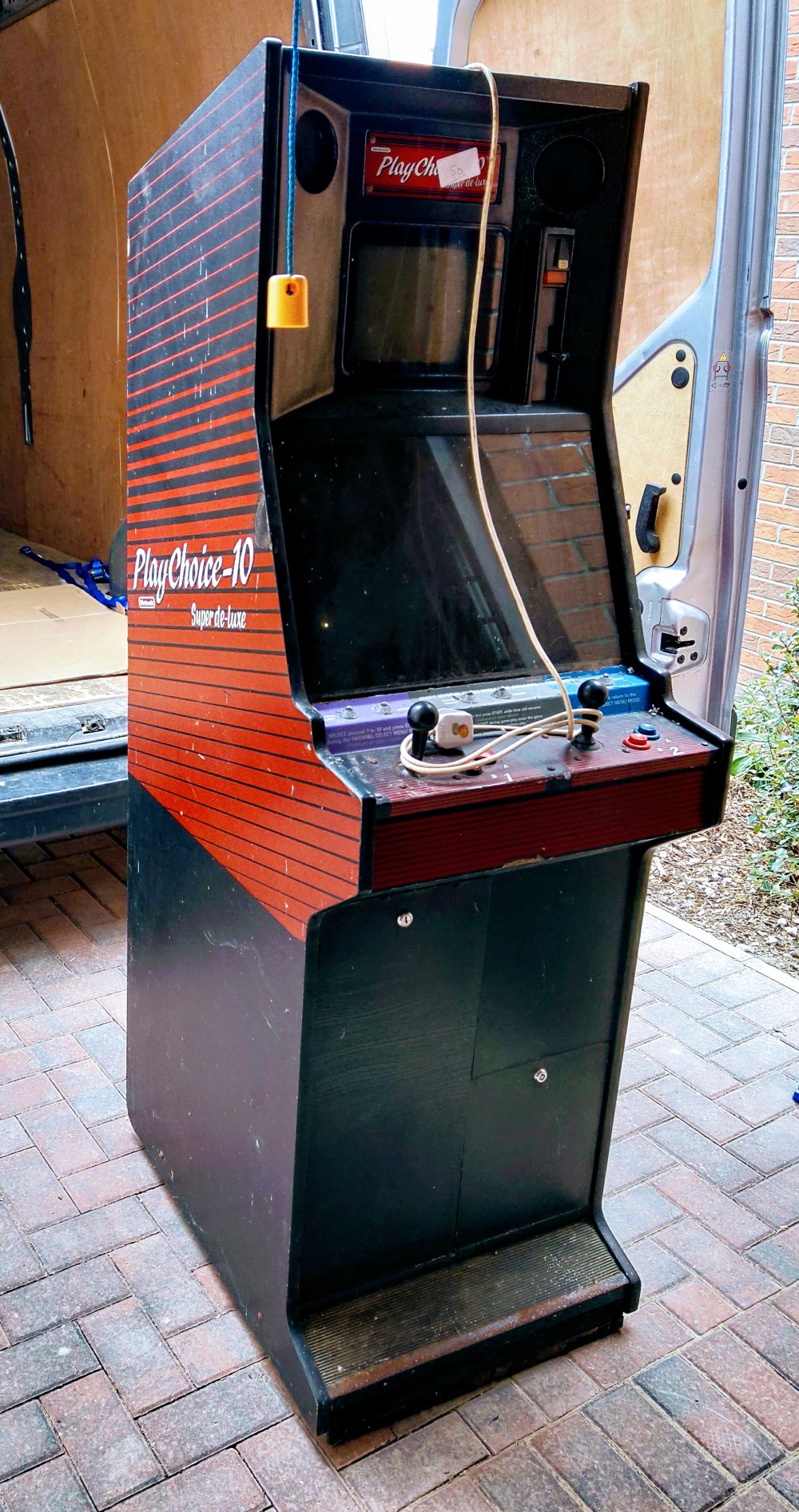 The PlayChoice was a complete blind purchase from Paul (who hadn’t turned it on since he’d got it either), but one I wanted in the collection to allow me to have multiple games in one cabinet (without hacking a cab up with a 60in1…).

After me and Paul had loaded the cab into the van we headed for the next stop. This stop was to pick up a very rare cabinet and another cocktail:

An original UK release RadarScope that had been converted to Donkey Kong. It was complete with its original RadarScope serial tag and the very early “Sanyo in a box” monitor:

The plan with this cabinet is to restore back to a RadarScope. With this cab also came a very sad looking HeliFire cocktail. It has been hacked at some point to run a JAMMA board, but was pretty much complete aside from the PCB and the wiring loom. Luckily I have a spare boardset so again this cabinet will be getting put back to its original state.

That pretty much concludes my purchases. A quick entry to this blog but with some really nice additions to my ever growing collection.